- July 16, 2018
Public Relations and Cricket are two different things, but Public Relation in Cricket is the need of an hour for Assam Cricket. Cricket is a widely played sport in India, we have been playing it much before our independence as well. India played the first test cricket in 1932, which means 15 years before the independence but there are a few states in India that lacks the intensity to develop a cricketer who can represent the nation. Assam is one of them,  there are players who have represented the state in Ranji Trophy, represented East Zone and various other National tournaments. Then why not the national side?

Public Relations play an important role to develop an image of any particular brand or organization. If we think of those state in India who has done excellence in Cricket, the states which will always remain in the top of our mind are Maharastra, Delhi, Tamil Nadu, Karnataka, Punjab etc. It’s not because those state has produced legends like Sachin Tendulkar, Virat Kohli, Krishnamachari Srikkanth, Rahul Dravid, Kapil Dev, Yuvraj Singh etc. It’s because they have been doing good enough to continue the image of being superior.  Just imagine a state like Maharashtra has 3 teams which represents in Ranji, but at times it get difficult to frame a playing 11 for a state like Assam. I won’t blame the association as well as the administration for the failure; I rather think that Assam Cricket Association needs to think out of the box to promote their players.

If I take a recent case of Assam Cricket, Riyan Parag represented India U-19 and won the world cup under the leadership of Prithvi Shaw. Riyan contributed both with the ball and bat, but the young all rounder was not even in the minds of any of the eight IPL franchise when they were building their core team. U-19 stars like Prithivi Shaw, Subman Gill, Kamlesh Nagarkoti, Shubham Mavi, Manjot Kalra got an opportunity to play in the IPL but this was not in the case of Riyan. Former Assam Ranji Captain Abu Nechim represented Mumbai Indians and Royal Challengers Bangalore but the opportunities that were given to him weren’t enough to prove his worth.  What do you think Assam Cricket Association should do in this matter?  Or do you think players will have to start building their own image in front of the selectors?

Why Public Relations for a Cricketer?

PR is necessary for a cricketer because a cricketer cannot blow his own trumpet, there has to be someone who will keep on talking about his performances and keep on getting coverage’s in the media. Here are a few things a strong PR team can do for an athlete.
·         Get them recognized for doing the right thing.
·         Build a solid plan and help them understand that true PR strategy involves more than pure publicity tactics. Building brand presence requires a lot more than "red carpet appearances" and "photo ops."
·         Effectively manage them through crisis situations.
·         Teach effective strategies for getting media in their corner, as well as proper interview techniques.
·         Build and execute an effective social media strategy and enable athletes to engage their fans and other key communities in the right way, while building a strong following via the right social media vehicles.
·         Manage their online and "offline" reputation, what they do "off-the-field," meetings with sponsors, media interviews, public appearances, etc.

To sum up, I would like to add that there are some athletes who just don’t get enough credit; their contribution needs to be highlighted as well. Here a Public Relation Officer plays a vital role.  So does in the case of Assam Cricket Association, who needs to understand the importance of the publicity which their players requires, as cricket is not just about scoring runs and winning matches these days.

Tea: The most loved word of the nation. 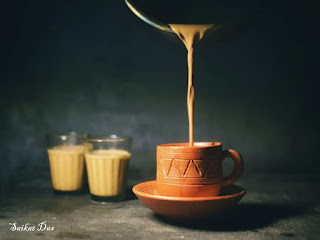 By: Priyanka Paul Introduction: India is one of the largest tea producers in the world, although over 70 percent of its tea is consumed within India itself. India is one of the top tea producers and consumers. A number of renowned teas, such as Assam and Darjeeling also grows exclusively in India. The Indian tea industry has grown to own many global tea brands. PC: Saikat Das History of Tea in India: The tea cultivation in India began in the nineteenth century by the British. In the early 1820s, the British East India Company began large-scale production of tea in Assam, India, of a tea variety traditionally brewed by the Singpho people. By the turn of the century, Assam became the leading tea-producing region in the world. India was the top producer of tea for nearly a century, but recently, China has overtaken India as the top tea producer due to increased land availability. Indian tea companies have acquired a number of iconic foreign tea enterprise
Read more

- June 24, 2015
And this is how Rinkle makes into the IIT.... Leading the way for her female counterparts is Rinkle Jain, who has secured 312 th rank in the recent IIT JEE Advance results. Sharing her journey to become an IITian, Rinkle said, “I don’t think it is very difficult. It’s all up to you how you take things. If you are determined to do something then nothing is difficult. I knew I had to do things and there were teachers around to help me. I did my regular studies and that has helped me to clear the exam”. By breaking the stereotype thinking about girls not preferring engineering, she replied “I think it was a trend some years back but now things are changing. Engineering involves more field work as compared to Medical. People should be more physically fit for it and I never thought that girls can’t opt for Engineering and maybe that was the reason that I went for it”. Like many students today, Rinkle too enrolled herself in a coaching institute to help her compete in exams succes
Read more 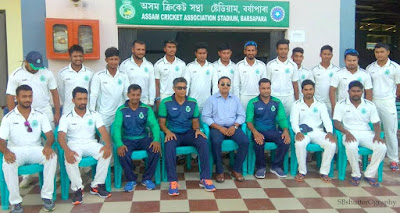